Apply to the best Universities and Language Schools in Cyprus 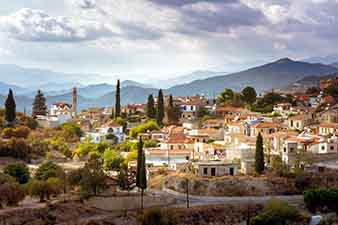 Why study in Cyprus

Cyprus is one of the largest islands in the Mediterranean Sea, home to a rich and vibrant history filled with culture and even conflict. The island nation is currently divided in two, with the northern third belonging to Turkey and the southern two-thirds being ruled by Greece. With stunning beaches, crystal clear waters, and sun and warmth year-round, it is no wonder this has become a premier travel destination for visitors from around the globe. Students are one of the highest populations within the travelers who venture to the country, likely due to the opportunities there in terms of education, landscape, and culture.

Cyprus is known for its high quality of education within both the Turkish-controlled north and the Greek-ruled south. The country is home to a renowned and extensive higher education system, which is particularly popular with foreign and international students from all corners of the world. In fact, some estimates have indicted that one-third of the student population on the island is foreign.

Because the island is so popular for international students and travelers, time spent there will allow those studying English to intermingle with a variety of cultures and people from around the world. Additionally, the island nation is unique in that it has two countries claiming control over different portions of its land, meaning students can experience Turkish and Greek ways of life all within the same capital city of Nicosia.

The island nation of Cyprus is home to a deep, rich history dating back centuries to ancient times. Tombs, temples, mosaics, and neolithic homes are all available to visit, giving visitors and students the chance to learn more about the country’s past.

Cyprus ranks third in the EU in terms of countries spending the most on higher education – in fact, 7% of its GDP is directed toward academia. This means it falls behind only Denmark and Sweden in terms of dedication to students and studies.

Higher education institutions, including language schools, in Cyprus are well respected around the globe, but they don’t make it necessarily difficult to gain admission. Students will likely find the admissions process is simple and straightforward on the island.