Apply to the best Universities and Language Schools in France 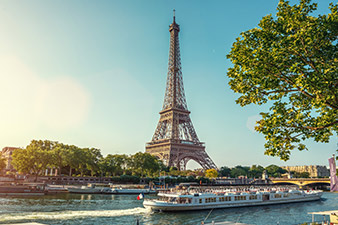 Why study in France

France, a geographically and demographically diverse country in Western Europe, is home to Riviera beaches, Alpine ski slopes, and fascinating cities. It also boasts top-tier schools and is known for its academic excellence and ability to attract students from around the world. International students make up about 10% of the total French university student population with around 250,000 students traveling from other countries to study in France each year.

Studying in France affords students the opportunity to earn an undergraduate License Degree (the French equivalent of a Bachelor’s Degree) in three years, a Master’s Degree in two years (five years total if earning the License and Master’s together), and a Doctorate Degree in three years. Students who choose to study in the Grand Ecole system can earn their degree in five years, comparable to a License Degree and a Master's Degree. Every university in France also has a Career Services Office to assist students in finding internships and job opportunities. French schools equip their students for a lifetime of success in all areas of study, making France an ideal location for international study.

Five reasons to Study in France

French universities are known for their academic competitiveness with schools always placing in the top 100 of the QS World University Rankings and the Times Higher Education World University Rankings. They are also known for their academic research and development, both in the arts and humanities fields and in engineering and technical fields. France’s business and management schools in particular receive high international ratings with students often graduating to work for one of the international companies located in France, such as L’Oreal, Renault, and Airbus. For especially ambitious students studying economics and commerce, science, or literature, the Grand Ecole system is a more elite and competitive alternative to the university system. Though requirements for admission to the system are rigorous, graduates enjoy a high employment rate and are often hired to upper management positions.

One of the greatest advantages of French higher education is the cost. Students at public universities pay minimal tuition rates without sacrificing the quality of their education. There are 71 public universities in France, each subsidized by the government to bring undergraduate student costs to under 200 Euros annually for EEA residents and under 3,000 Euros annually for non-EEA residents. Students can also apply for a scholarship to cover their tuition, as well as for grants to cover some living expenses. For students who wish to attend a private university, costs will be much higher, around 10,000 Euros annually, and those in the Grand Ecole system can expect to pay around 7,500 Euros for Business School and up to 25,000 Euros for Engineering School. Taking all of these costs into consideration, it is important for prospective students to research which type of school is best for them and their chosen coursework.

A degree from a French university or Grand Ecole will be respected worldwide and shows employers that a potential employee is able to succeed in a diverse context while adapting to change. For international students who wish to return to their home countries after graduation, their time in France will expand their horizons and increase their flexibility so they are able to bring new ideas and a strong work ethic to their career. For students who wish to stay in France, their time at school will bolster their language skills, help them adapt to French culture, and give them access to a career counselor who can help find their best fit in the current job market. However, graduates won’t be limited to their home countries or France. Since French is the third most widely-spoken business language in the world, they will be able to travel and work in a multitude of countries. With a French education, students can dream of limitless career possibilities!

Students who study in France will naturally be surrounded by a rich and storied culture. France is full of history, art, literature, and, of course, amazing food! Paris in particular is hailed as a cultural and financial hub, but other university cities such as Lyon, Lille, Marseille, and Toulouse are also home to historic universities, thriving industry, and a vibrant society. Museums and art galleries are often free to anyone under the age of 26, and other businesses offer a student discount, so even students living in France on a budget are able to extend their cultural education beyond the classroom and out into city life.

Many French universities, both private and public, offer students the chance to study internationally for one or two semesters through the Erasmus Exchange Program. Even if the international institution charges tuition, it will still be free for the student under this program, and grants are available for living expenses. This allows students to experience a different European culture outside of France, or possibly even in Canada or the US, while staying under the umbrella of their French university. Students who do not wish to apply for this program can still take advantage of Europe’s efficient public transportation between cities and countries as well as the Schengen region (a policy that allows travel among 26 European states without obtaining a visa for each country) in order to explore Europe in their free time. There is no doubt that French schools offer their students the world, both academically and culturally. 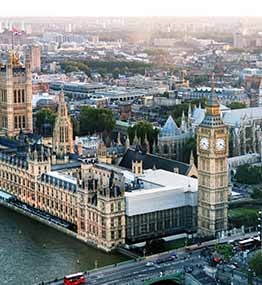