Apply to the best Universities and Language Schools in Hungary 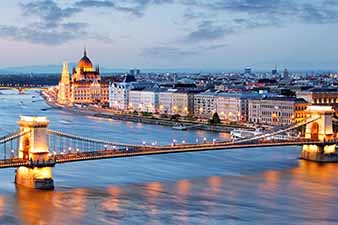 Why study in Hungary

Hungary is a rising star in terms of international education opportunities. Its location makes it a significant bridge between eastern and western Europe, allowing for the country, and particularly its major cities, to maintain a unique cultural intertwining of various traditions, norms, and expectations. Its cities, the largest by far of which is Budapest, are known as student hubs, with thousands of scholars – both local and domestic – carrying out their studies. The young population of cities especially has made way for fun and exciting opportunities: students can be found along the river, at one of the many parks, in cafes studying and socializing, and on the weekends, in one of the country’s famous ruin bars.

Hungary’s system of education ranks very high in Europe, even beating out supposed leaders such as France, Sweden, Italy, and Spain, along with a host of other global and European nations often regarded for their quality of universities and programs. In addition to its quality, the country offers students a vast number of institutions, universities, and programs that will appeal to students of all backgrounds and interests. 25 universities and a host of schools, colleges, and institutes serve students of any academic inclination.

Known by many as bridge between eastern and western Europe, Hungary is already a multicultural country, weaving various societies, practices, and norms into a beautiful cultural tapestry. Introduce a flurry of students hailing from all backgrounds and a myriad of countries from around the world, and that culture only expands to incorporate more traditions, festivities, and walks of life.

Hungary is brimming with students at all levels, in all areas of study - working in coffee shops and drinking at pubs, dancing at clubs and relaxing in parks. As a student in the country, not only will you be in good company – you will also be benefitting from a nation that puts a lot of effort into its education and the students it attracts. From global festivals to quaint libraries, famous monuments to small, family-run shops, students in Hungary will have to trouble meeting locals, travelers, and one another.

Hungary is widely-known for its respect for students...and their wallets. Students can receive a Student Identity Card (SIC) in the country, or can obtain one prior to arriving through international student card options. All universities and academic institutions in the country will provide international and exchange students with and SIC that gives them with the many advantages offered to local Hungarian students. This can include 50% discounts on public transportation, public libraries, and even up to 100% discounts on museum entrance fees.

5. Life Outside the City

Hungary is more than just its largest cities. While Budapest has stunning beauty and offers many activities, adventures, and excursions for students within the city limits, Hungary is a bigger country than people imagine. Students would be wise not to miss out on the array of day trips they can take from the city that will give them a taste of the rest of Hungarian culture.