Apply to the best Universities and Language Schools in UK 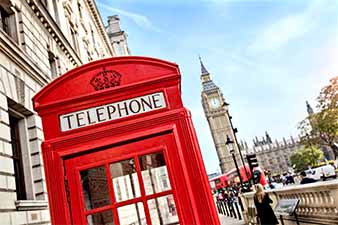 Why study in UK

The UK has become one of the top destinations to study around the world. With traditions of excellence dating back hundreds of years, high class institutions in every corner and much more flexibility than many other countries, the United Kingdom has much to offer international students that other English-speaking countries cannot offer.

United Kingdom comes second choice destination for international students after USA where it hosted around 880,000 students from all over the world at the study year 2016/2017, students come from different nationalities such as China, India, Greece, Ireland, Germany, France, USA, Malaysia, Nigeria and Hong Kong. UK is seeking hosting more international students.

Nobility and international recognition of excellence, UK is distinguished by its prestigious and highest level of education in the world, where Oxford and Cambridge universities are internationally recognized as two of most important and prestigious universities in the world. Moreover there are many more excellent higher education institutes spread around UK. By graduation from one of those institutes you will guarantee a winning card to find great job opportunities.

Study cost is relatively low compared to other competing countries such as USA, where study fees are between 7,900€ - 16,000€ (SAR38363 – SAR77698) per annum and there is an option to save money by taking a short study option of three years instead of four years. The responsible authority for the enactment of laws is trying to reduce study fees for international students coming out of the Europe union, where UK fees are considered the highest.

An international student in the UK is typically allowed to work up to 20 hours a week during school term, part time job during term breaks and holidays and up to full-time when school is out of term, which helps students paying off study costs. Just bearing in mind that fees for first year of study should be available in advance.

There are a variety of scholarships and loans available to students who wish to study in the UK.

With the addition of the Channel Tunnel and low cost airlines such as EasyJet and Ryan Air, Europe is easier to access than ever. You can reach most areas of Europe from the UK within a few hours by train or direct flight.

UK is known for its multicultural society, with all religions and faiths represented in some way. With a racial, ethnic and religious jumble, the UK is very open to new traditions and cultures - something that is a great thing for students from other countries!